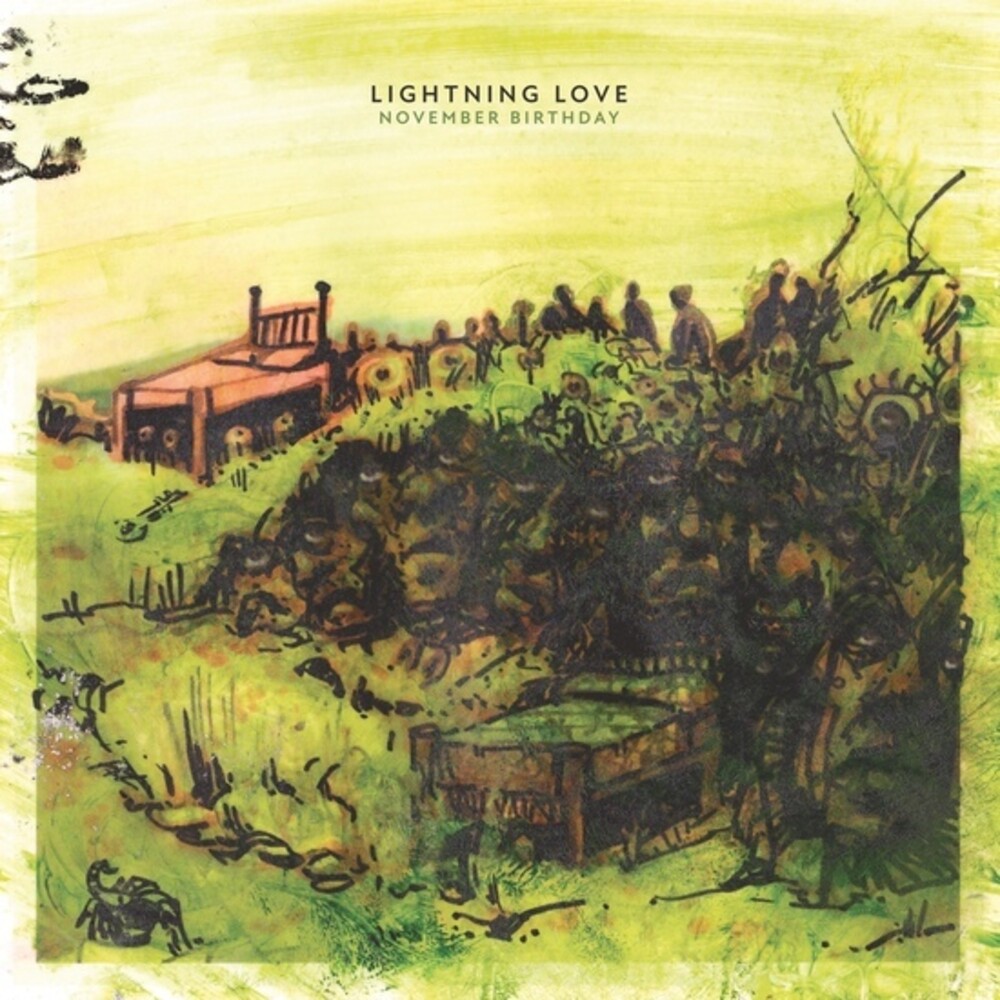 Lightning Love, a band consisting of siblings Leah and Aaron Diehl and friend Ben Collins, delivers a cheery indie-pop sound flavored with sugary sweet keyboard-driven arrangements and underscored by heart-on-sleeve honesty. Their self-released debut album, November Birthday (2009), leveraged Leah's compelling vocals and themes of tackling the challenges of newfound adulthood and is sure to appeal to fans of Mates of State, Alvvays, Spoon, and Belle and Sebastian.All Music Guide wrote at the time, "[November Birthday] was a collection of bright, enthusiastic and minimally arranged indie-pop coupled with dour, neurotic lyrics that swung from ironically witty to the borderline cry-for-help territory. The underlying despair of the album was easily outshined by the band's gift for hooks and straightforward melodies proud to be uncluttered and classically streamlined, even if they were supporting lyrics about falling-down drunkenness or not wanting to leave the house."Lightning Love signed to Quite Scientific in 2011 and released a sophomore album Blonde Album to wider critical acclaim including glowing reviews in Paste, Vice, Under the Radar and My Old Kentucky Blog, and was featured on NPR's World Cafe. Guitarist Collins went on to lead the Detroit group Minihorse (Park the Van Records) and has recorded with and produced for many bands, including Anna Burch (Polyvinyl). Lightning Love was a finalist in Billboard magazine's 2011 Battle of the Bands and has been featured on Cartoon Network's "Adult Swim" and in a number of movies.The band has toured with The Von Bondies, Jamaican Queens, and Tally Hall. They have also shared the stage with such notable acts as The High Strung, Walk the Moon, Mayer Hawthorne, and Someone Still Loves You Boris Yeltsin. Lightning Love has performed at SXSW, Midpoint Music Fest, Mitten Fest, CMJ, and Daytrotter Session.November Birthday is a cherished release to the band and their biggest fans and Lost in Ohio is pleased to be re-releasing the album for the first time ever on vinyl. The reissue features stunning new artwork from Nathan Price (BRONCHO), fresh remasters from Adam Boose (Cauliflower Audio), liner notes from Gregory Dean McIntosh (Great Lakes Myth Society) and two bonus tracks!
This website uses cookies to personalize content and analyse traffic in order to offer you a better experience.
I accept Learn More
back to top