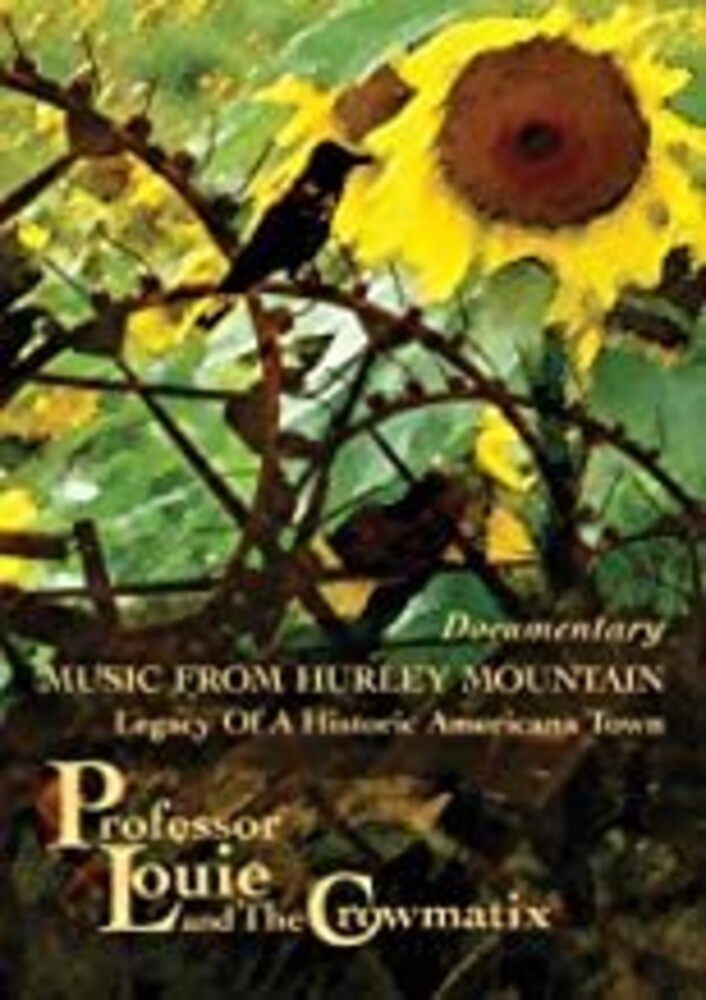 MUSIC FROM HURLEY MOUNTAIN Documentary - Keeping The Legacy Alive Of A True Americana Town. Stories told through Song and Visuals. Grammy Nominated Professor Louie & The Crowmatix American Roots Music band who live in the Ulster County NY region worked hand in hand with Cine Golden Eagle's winning Producer, Director, Cameraman, Editor Bruce Connors on this historical documentary mixing original songs and visuals from their album Music From Hurley Mountain creating this fascinating video, filmed and recorded on location in the beautiful area known as Hurley, NY. This Documentary, consists of interviews of untold stories told by members of The Hurley Heritage Society and local residents describing the history of the town, the Ulster area, the local farms and the future that lies ahead. The central part of Old Hurley was and remains an agricultural community of close-knit families. The movie and songs trace the history of the areas surrounding Hurley describing the importance of these agricultural lands. Starting from early settlements of the American Indians through The Revolutionary War to the development of the Reservoir system that is the water source for New York City. In the process of constructing the reservoirs, residents were misplaced and towns were moved to create this system. The songs and visuals describe the old methods of farming now being regenerated by The Farm Hub a fiscally sponsored project of the New World Foundation International renowned Music Producer and Engineer Professor Louie with his group The Crowmatix have been creating music at The Rock 'n' Roll Barn - LRS Recording Studios for the past three decades. Located on The Hurley Flats, on Hurley Mountain Road, Professor Louie has recorded many performers such as The Band, Buckwheat Zydeco, Dave Brubeck, The New Riders Of The Purple Sage, Commander Cody and many more. Time moves on but the history and memories of Hurley Mountain should never be forgotten.