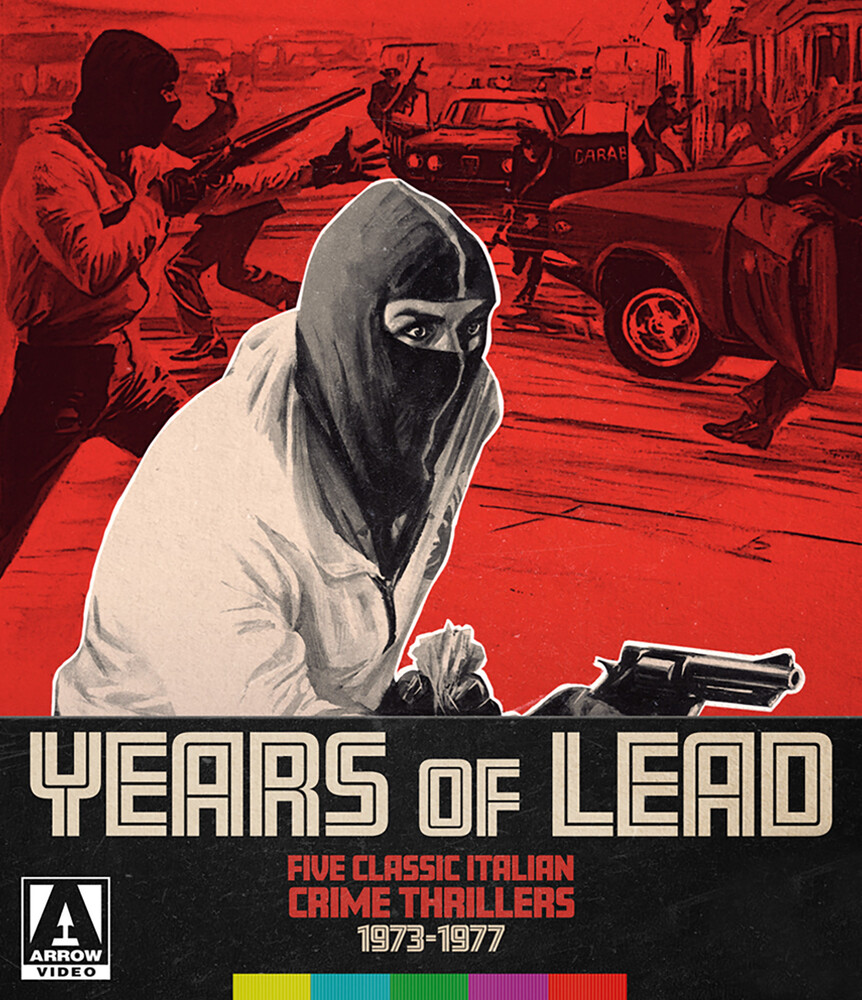 The 1970s were a time of intense uncertainty and instability in Italy. Political corruption and widespread acts of left and right-wing terrorism, alongside a breakdown in social cohesion and a loss of trust in public institutions such as the government and police, created a febrile atmosphere of cynicism, paranoia and unexploded rage. Throughout this period, these sentiments found expression in a series of brutal, often morally ambiguous crime thrillers which tapped into the atmosphere of violence and instability that defined the so-called Years of Lead. This box set gathers five films from the heyday of the "poliziotteschi" - the umbrella term used to describe this diverse body of films. In Vittorio Salerno's Savage Three (1975) and Mario Imperoli's Like Rabid Dogs (1976), random acts of violence committed by vicious young sociopaths threaten the fragile fabric of respectable society. In Massimo Dallamano's Colt 38 Special Squad (1976) and Stelvio Massi's Highway Racer (1977), renegade cops battling against red tape and political corruption turn to new and morally dubious methods to dispense justice. Finally, class dynamics are explored in Salerno's No, the Case is Happily Resolved (1973) as an innocent man finds himself under suspicion for a savage crime committed by a highly respected member of society. Featuring an impressive line-up of Euro-cult stars, including Joe Dallesandro (The Climber), Ivan Rassimov (Your Vice Is a Locked Room and Only I Have the Key), Maurizio Merli (Violent City) and Enrico Maria Salerno (The Bird with the Crystal Plumage), this collection of stylish, hard-hitting Euro-crime thrillers showcases the range and breadth of the genre and is a must-have for newcomers and grizzled veterans alike.Media
back to top