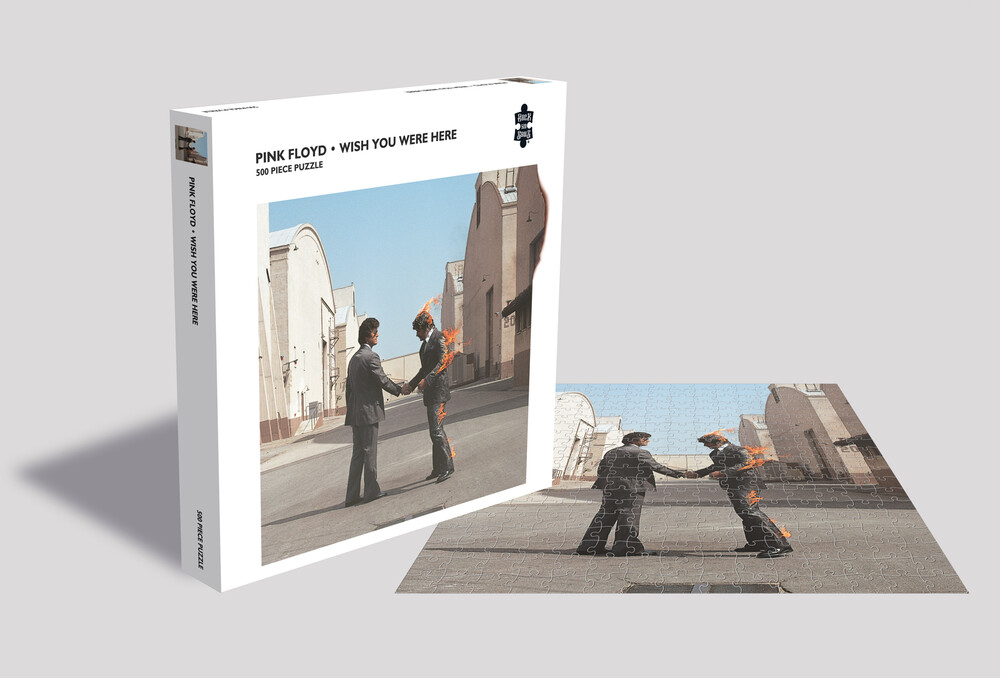 "Wish You Were Here" is the ninth studio album by the English rock band Pink Floyd, released on 12 September 1975. It was recorded over numerous sessions throughout 1975 at Abbey Road Studios in London. The album's themes include criticism of the music business, alienation, and a tribute to founding member Syd Barrett. It has retrospectively received critical acclaim, hailed as one of the greatest albums of all time, and was cited by key-boardist Richard Wright and guitarist David Gilmour as their favourite Pink Floyd album. It reached number one in the US and UK and Harvest's parent company, EMI, was unable to keep up with the demand. Since then, the record has sold an estimated 13 million copies. 500 pieces, Weight: 490g, Jigsaw size: 39cm x 39cm, Box size: 30.9cm x 30.9cm x 2.8cm