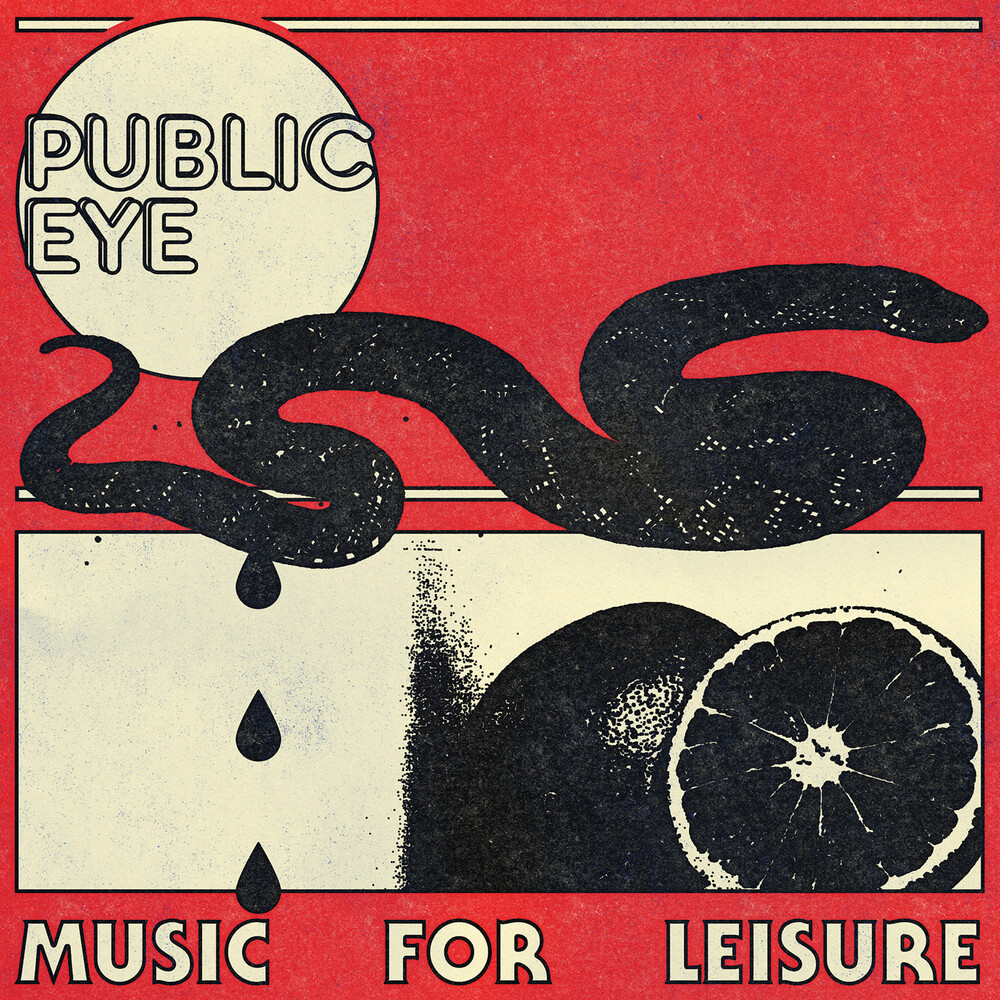 Public Eye's Music For Leisure sees the Portland-based punk outfit taking a brazen stance against conscienceless capitalist mores in their most overt, outward-facing release to date. Formed in 2015 by vocalist/guitarist Nick Vicario, drummer Seve Sheldon, and guitarist Adam Becker, the group's second full-length LP was recorded following the addition of bassist Samia Bradley and was mixed by Grace Coleman. Indebted to the likes of Wire and the Killed By Death compilation series, Public Eye resurfaces on Music For Leisure with a more deliberate sound - subdued in it's maturity and propelled forward by Vicario's gritty vocals and barbed lyricism. Written in the aftermath of the 2016 election, Music For Leisure is a scathing indictment of class inequity and the powers-that-be. Confrontational and permeated by a palpable sense of disillusioned agitation, there's a level of newfound assertiveness that bleeds into every aspect of the record, from the twangy precision of Becker's guitarwork to Vicario's acerbic songwriting and condemnations of upper- echelon greed. Less of a relaxing listen than it is a righteous denunciation of collective apathy, Music For Leisure is a turbulent, sardonic examination of all that is fucked with the fallacy of the American dream - and it's as timely as ever.