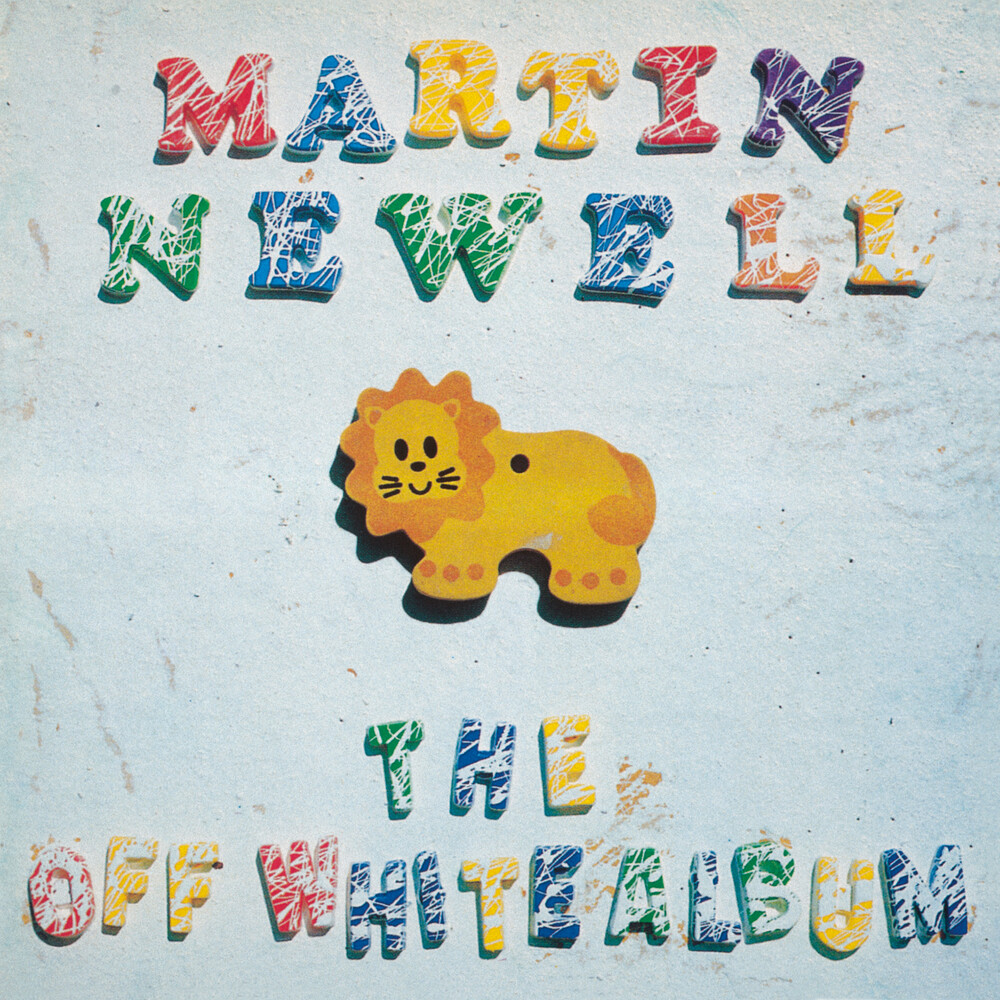 The title of Martin Newell's second solo album comes from a cheeky riff on the Beatles' White Album: if 1993's critically-acclaimed The Greatest Living Englishman was Newell's Sgt. Pepper's, then it's only right that it's demure successor be called The Off White Album. There's even a little pastiche of "While My Guitar Gently Weeps" on "Queen Phyllis Of Colchester" - Newell led the song in with a one-finger piano motif, then asked XTC's Dave Gregory to give him his best impression of Fresh Cream-period Clapton. But that's where the Beatles jokes end; The Off White Album stands on it's own, a vivid snapshot of Newell's life with a French chanson-inspired ease. Sonically, the record contains a Gallic Ă©lan that distinguishes it from Newell's prior work with the Cleaners From Venus. A longtime fan of French music, he sought the same quality on this record - with the vocal riding at the top of the mix, rather than blurred under indie rock guitars, as was common at the time. The record's producer, Ă©l Records fixture Louis Philippe, was happy to oblige. The effect is a clarity of both form and content - on "Arcadian Boys," Newell's impassioned voice careens over a heartbreaking string quartet (arranged by Philippe himself) as he wonders what's become of those "too late for the sun." It's a much more emotional take on the song than the guitar-laden, uptempo version that appears on the Cleaners From Venus' My Back Wages. But The Off White Album doesn't dwell too long in solemnity - it's still a Martin Newell record, after all. His classic wit is on full display, whether he's putting an irreverent spin on the Smiths ("Some Girls Are Bigger Than Others") or fondly warning a neighbor to "watch your chemicals, girl" ("The Girls In The Flat Upstairs"). Despite it's more stripped-down sound, The Off White Album was the product of a group effort: in autumn 1994, Newell, bassist Paul Tivy, guest guitar Dave Gregory, drummer Joe Whitehead, keyboard player Philippe, and the aforementioned string quartet piled into a garage studio in Colchester to record the basic rhythm tracks. A month later they decamped to Chiswick Reach Studios in London to record vocals, strings and other goodies. The whole album took just 23 days' work. As Newell recalls it, "we came in under the deadline and were only a few hundred pounds over budget. Then we all went home for Christmas." A rich cast of characters make up The Off White Album, via both the process of it's recording and the subjects of it's songs. It's a record born on the road, inspired by Newell's experiences travelling through Europe and Asia the year of it's inception. Perhaps the clearest portrait that emerges as the album draws to a close, however, is one of Newell himself: as poet, coffee shop customer, bandleader, lover and neighbor. By his own admission, The Off White Album is "a more intimate portrait of my life at that time than I'd intended."