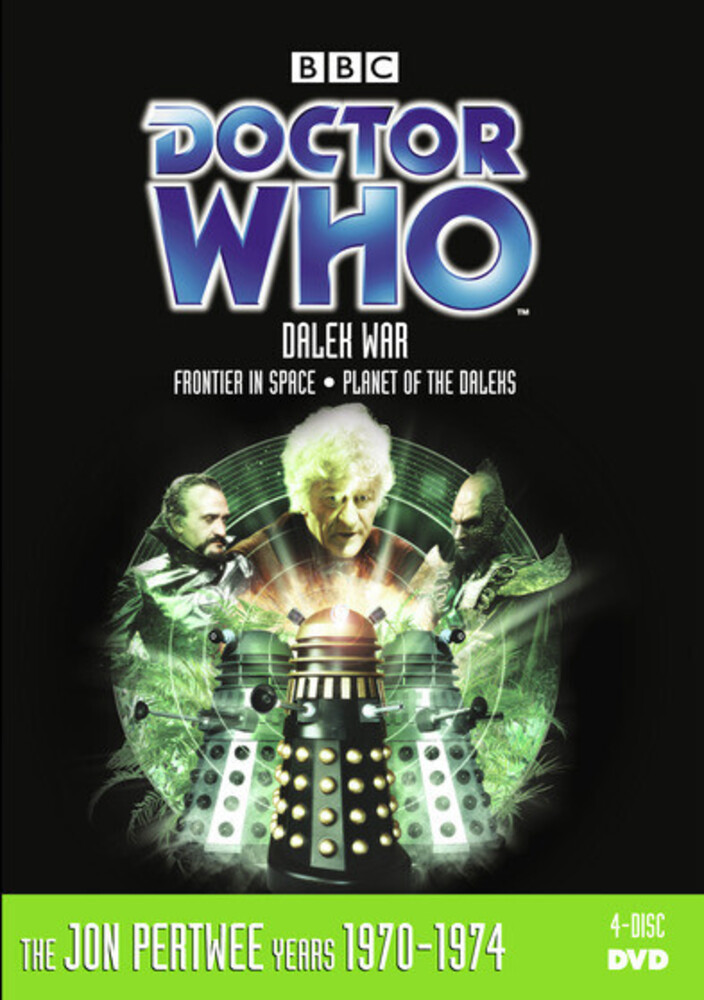 One of the most popular shows in British TV history, this long-running, shoestring-budgeted sci-fi saga followed the exploits of "the Doctor," a maverick scientist and adventurer who traversed space and time in the TARDIS, a high-tech craft disguised (well, stuck, actually) as a London police box. William Hartnell, Patrick Troughton, Jon Pertwee, Tom Baker, Peter Davison, Colin Baker, and Sylvester McCoy starred as the various eccentric incarnations of the Doctor during the series's initial 1963-1989 run. This Jon Pertwee double bill opens with "Frontier in Space," in which the Doctor and Jo land in a future Earth starship. Accused of being spies for the Draconian Empire, they soon discover that the Master is attempting to start an interplanetary war, with an even older menace lurking in the wings. Then, the Time Lord and his companion arrive on the "Planet of the Daleks," where they must stop an army of the malevolent beings from being unleashed upon the universe. 4 3/4 hrs. Total. on four discs. Standard; Soundtrack: English Dolby Digital mono.