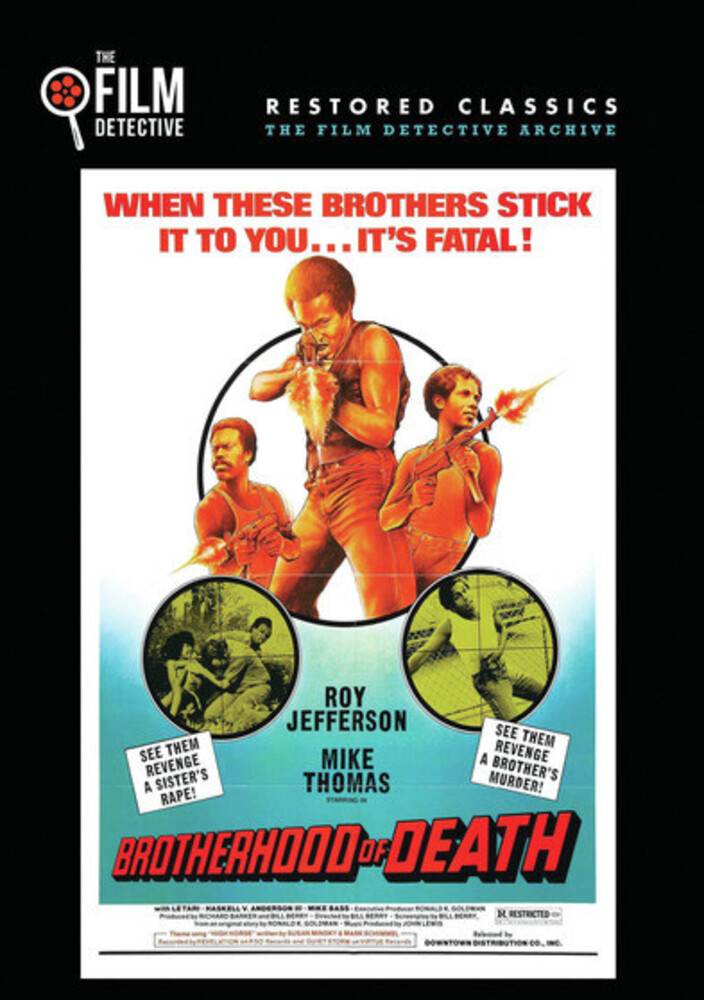 A classic example of the Blaxploitation genre typical of the 1970s Brotherhood of Death is an in-your-face, ass-kicking tale of three African American men who return from Vietnam in the 1960s to their small southern hometown. Hell bent on upholding racial justice, the boys soon find themselves employing their newfound army tactics to conduct an all-out war with members of the local Klu Klux Klan. With a cast comprised largely of Washington Redskins players, this low-budget film was a huge commercial success in it's day, and is lauded (and often imitated) by myriad film insiders and directors, including Quentin Tarantino.
back to top