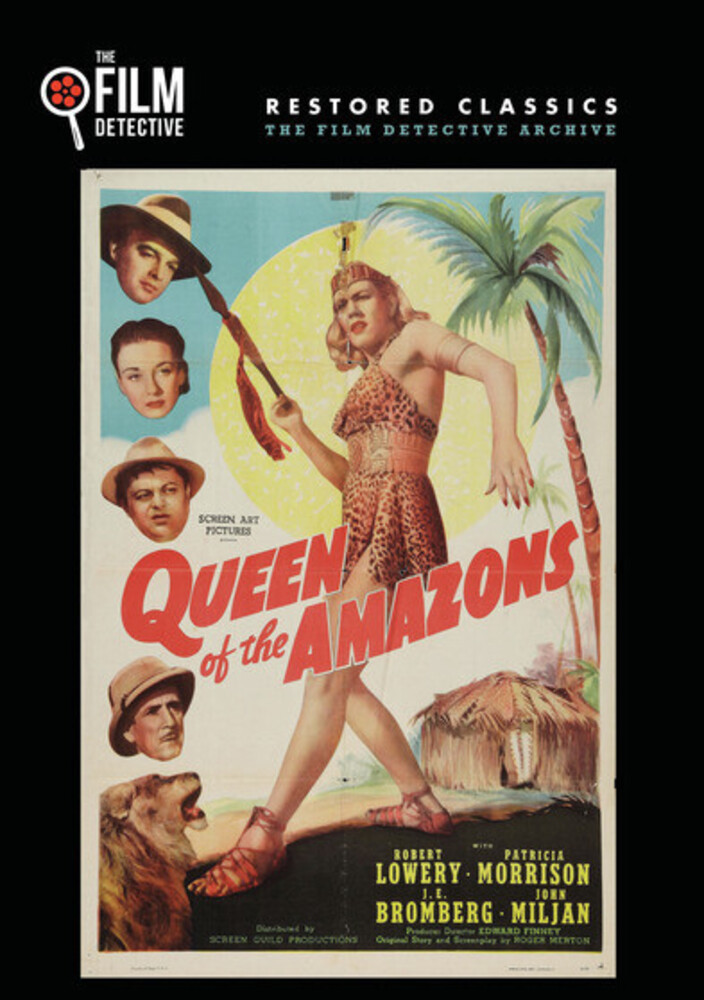 Queen Of The Amazons / (Mod Rstr)
Artist: Queen of the Amazons
Format: DVD
New: Not in stock
Wish

A woman discovers that a savage female tribe has captured her husband. The path to his whereabouts is filled with dead bodies, and his rescuers are troubled by this question: Does he want to return? Robert Lowery and Patricia Morison star in this feature from director Edward Finney, but most unforgettable is Amira Moustafa as Zita, the white goddess of the jungle who offers ecstasy and death!